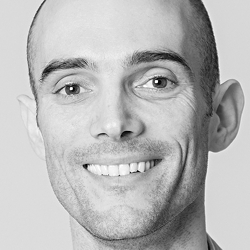 Since 2014 — Independent consultant on climate research and data analysis

Boris Orlowsky is a founding member of climate-babel. He studied geophysics at the Free University of Berlin and obtained his PhD from the Potsdam Institute for Climate Impact Research and the University of Hamburg. For his thesis he developed statistical methods  for regional climate simulations which are now underlying several regional climate impact studies. After his PhD he continued at ETH Zurich, supported by a grant from the German Science Foundation (DFG). At ETH he worked as a PostDoc and later as a Senior Scientist on statistical analyses of extreme climate events (e.g. droughts or heat waves) and their socio-economic consequences. He is a contributing author of the Special Report on Extreme Events by the IPCC, published in March 2012. After several months as a climate advisor for Helvetas Swiss Intercooperation he coordinated the scientific backing of the Program for Adaptation to Climate Change (PACC) in the Peruvian Andes at University of Zurich. Since 2017 he holds different positions at CARITAS Switzerland, Lucerne.

A resampling scheme for regional climate simulations and its performance compared to a dynamical RCM.
Orlowsky B., Gerstengarbe, F.-W., Werner, P.C. (2008) Theoretical and Applied Climatology 92, 209-223